Shri Krishna Chaitanya Mahaprabhu (18 February 1486 – 14 June 1533), was an Indian guru considered by his followers to be the Supreme Personality of Godhead and the chief proponent of the Achintya Bheda Abheda (Inconceivable Difference/One-ness) Vedanta school and the Gaudiya Vaishnavism tradition within Hinduism. 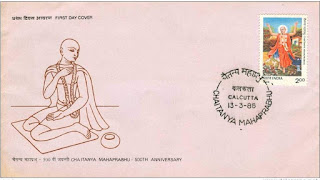 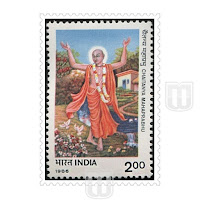 He also expounded the Vaishnava school of Bhakti yoga (meaning loving devotion to God), based on Bhagavata Purana and Bhagavad Gita.Of various forms and direct or indirect expansions of Krishna such as Lord Narasimha (Man-Lion; Krishna in mood of anger), Mahavishnu and Garbhodaksayi Vishnu respectively, he is believed to be Krishna in the mood of Radha. He popularised the chanting of the 'Hare Krishna mantra'and composed the Siksastakam (eight devotional prayers) in Sanskrit. His followers, Gaudiya Vaishnavas, revere him as a Krishna with the mood and complexion of his source of inspiration Radha. His birthday is celebrated as Gaura-purnima.

Chaitanya is sometimes referred to by the names Gauranga or Gaura due to his fair complexion, and Nimai due to his being born underneath a Neem tree. 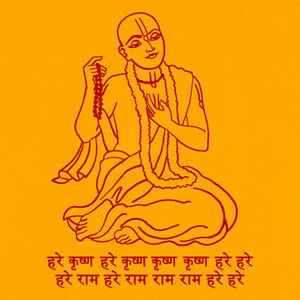 Charles John Huffam Dickens FRSA (7 February 1812 – 9 June 1870) was an English writer and social critic. He created some of the world's best-known fictional characters and is regarded by many as the greatest novelist of the Victorian era.[1] His works enjoyed unprecedented popularity during his lifetime, and by the 20th century, critics and scholars had recognised him as a literary genius. His novels and short stories are still widely read today. 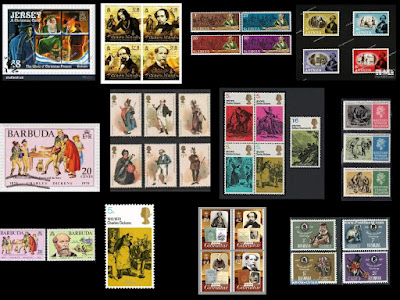 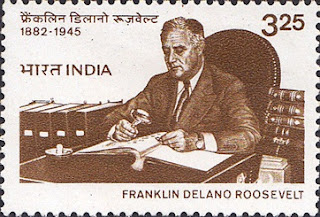 Franklin Delano Roosevelt (January 30, 1882 – April 12, 1945), often referred to by his initials FDR, was an American politician who served as the 32nd president of the United States from 1933 until his death in 1945. A member of the Democratic Party, he won a record four presidential elections and became a central figure in world events during the first half of the 20th century. Roosevelt directed the federal government during most of the Great Depression, implementing his New Deal domestic agenda in response to the worst economic crisis in U.S. history. As a dominant leader of his party, he built the New Deal Coalition, which realigned American politics into the Fifth Party System and defined American liberalism throughout the middle third of the 20th century. His third and fourth terms were dominated by World War II, which ended shortly after he died in office. He is usually rated by scholars among the nation's greatest presidents, after George Washington and Abraham Lincoln, but has also been subject to substantial criticism.
at January 29, 2021 No comments:
Email ThisBlogThis!Share to TwitterShare to FacebookShare to Pinterest
Labels: Democratic Party, Depression, Franklin Delano Roosevelt, Party, president, United States, US, USA, World War II 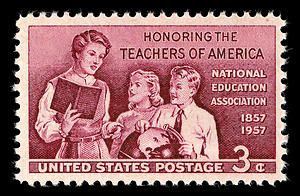 International Day of Education was proclaimed in December of 2018 by the U.N General Assembly. This observance aims to raise awareness about the importance of education for peace and development. According to UNESCO, over 260 million children do not attend school and over 600 million children and teenagers are unable to read or do basic math. The observance is celebrated every year on January 24th.

at January 23, 2021 No comments:
Email ThisBlogThis!Share to TwitterShare to FacebookShare to Pinterest 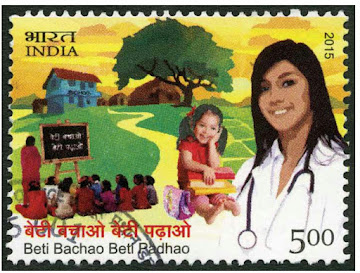 The National Girl Child Day is celebrated in India every year on January 24. It was started by the Ministry of Women and Child Development and the Government of India in 2008, with the purpose to spread awareness among people about all the inequalities girls face in the Indian society. The day is celebrated by organizing various programs including awareness campaigns on Save the girl child, child sex ratios, and creating a healthy and safe environment for a girl child.
In 2019, it was celebrated with the theme of 'Empowering Girls for a Brighter Tomorrow.
at January 23, 2021 No comments:
Email ThisBlogThis!Share to TwitterShare to FacebookShare to Pinterest 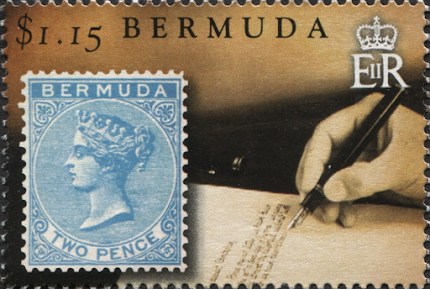 at January 22, 2021 No comments:
Email ThisBlogThis!Share to TwitterShare to FacebookShare to Pinterest 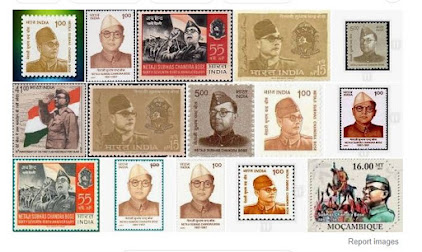 Subhas Chandra Bose, byname Netaji (Hindi: “Respected Leader”), (born c. January 23, 1897, Cuttack, Orissa [now Odisha], India—died August 18, 1945, Taipei, Taiwan?), Indian revolutionary prominent in the independence movement against British rule of India. He also led an Indian national force from abroad against the Western powers during World War II. He was a contemporary of Mohandas K. Gandhi, at times an ally and at other times an adversary. Bose was known in particular for his militant approach to independence and for his push for socialist policies.
It is blood alone that can pay the price of freedom.
Give me blood and I will give you freedom !
Netaji Subhash Chandra Bose Birth Anniversary on 23 January Celebrated as 'Parakram Divas'
#NetajiSubhasChandraBose  #DeshPremDibas #ParakramDivas #SubhashChandraBose #Netaji #NetajiVsNehruji #ParakramDiwas #DeshNayakDiwas #Netaji125 #JaiHind #bose #Netaji125 #NetajiAbovePolitics

at January 22, 2021 No comments:
Email ThisBlogThis!Share to TwitterShare to FacebookShare to Pinterest
Older Posts Home
Subscribe to: Posts (Atom)